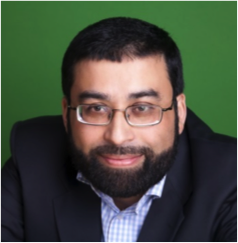 Before joining Coastal Aviation, Shaf has led major brand organisations through tough business and culture change, with his inspired & passionate leadership and commitment to safety, strategy and the customer as key success factors.

Shaf started his aviation career, with 18 distinguished years at British Airways starting off as an undergraduate engineer, Boeing 747-400 Line Maintenance engineer, Production Controller to BA Engineering’s Landing Gear overhaul facility, Operations Scheduler, Customer Services Manager through to Sales Manager and culminating as General Manager for BA’s entire operations in West Africa. Trophies include being awarded the “Silver Spanner” from amongst his intake of apprentice engineers, “Top Gun” Salesman of the year and Most Innovative Sales Team for the initiatives introduced across Africa. He then spent 3 years as Chief of Staff, managing all the support functions including HSSE, offshore contracting & procurement (especially helicopters & rigs) and commercial negotiations with the Egyptian government, to the largest overseas gas producing asset managed by BG Group (former upstream division of British Gas and now part of Shell), before joining Aero Contractors.

Welcome on Board Shaf!